Looking to the future…

Penfolds lays claim to producing the most expensive bottle of Australian wine ever. Its chief winemaker explains what’s behind its 176 years of success.

Last week, a Melbourne-based buyer bought a bottle of 1951 Penfolds Bin 1 Grange for a record $103,555 – the highest price ever paid for a bottle of Australian wine.

Penfolds chief winemaker Peter Gago – who has been in the role for a 31 years – said this sale was significant not only for Penfolds but for Australia’s wine industry as a whole.

“I think this is just a wonderful thing for the Australian wine industry,” he told Business Insider Australia. “It raises the profile and says, well, these are pretty serious wines of the world.”

Gago says the ‘secret sauce’ for Penfolds’ success is simple. “It’s about balance.”

That means everything from the quality of the grapes through to the right bottling equipment.

“A lot of people talk about the critical time of picking,” Gago said. “Well the time of bottling the wine is as important as when to pick the grapes. There are hundreds of decision making processes along the winemaking track and if you get it right, you can do something quite magical.”

And sure, over the years modern technology has brought with it advances in bottling or transportation – but what hasn’t changed is the core process of how wine is made.

“The basic fermentation process has never changed,” Gago said. “It’s still a conversion by yeast of grape sugars into a finished wine.”

But Gago also credits the company’s longstanding place in Australian history not only to the winemaking team but to everyone else involved in the whole process.

Into the future
While non-alcoholic wines, beers and spirits have been gaining popularity, they aren’t necessarily on the cards for Penfolds. Gago explained that back in the 90s when the company’s wine assets were owned by Southcorp Wines, it used to make low-alcohol wines.

“It’s a very important niche in the market, just as [with] gluten free, vegan sensitive, all the rest – they all have their role and place,” he said. “But in terms of the world of fine wine, that’s not a subset.

“It’s something that placates people who like grape-derived beverages, albeit not with the ethanol content. When you take ethanol out of a wine you change the wine, not just the flavour of the wine – the whole character, the texture.”

Looking ahead, Penfolds is engaged in a number of projects. There’s a champagne, which the company first revealed at the Ritz in Paris in 2019. This champagne is a collaboration with French Champagne House Thiénot, with the first in a series to be released being the 2012 Chardonnay Pinot Noir Cuvée.

Then there’s Penfolds’ 2020 collection to be released next month, which includes the new 2016 Grange, the 2018 Bin 707 Cabernet Sauvignon and the 2018 Yattarna Chardonnay. And, finally, Penfolds has ‘country of origin’ projects it is working on, including projects in California and Bordeaux, France.

“As they say, if you’re not moving ahead, you’re standing still and going backwards,” he added.

Austbrokers Terrace has its finger on the pulse for all of your insurance needs – today and for the future. 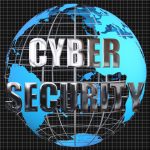 How SMEs can secure themselves against cyber threats post-COVID-19

Time to revisit as working-from-home continues. Speak with the team at Austbrokers Terrace to add ...
More 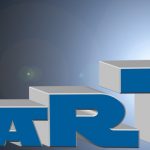 It’s time for business to step up and lead us out of COVID One of ...
More 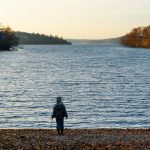 Some good news for the future

T2, CUA, Patagonia and Kickstarter have all achieved success off social good – here's how ...
More 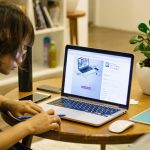 The COVID-19 pandemic, and the resulting switch to remote work, has created new vulnerabilities for ...
More

Looking to the future…

Penfolds lays claim to producing the most expensive bottle of Australian wine ever. Its chief ...
More

Test your cyber plan ‘like it’s a smoke alarm’

Australian businesses should have an established cyber incident response procedure in place and regularly test ...
More

The post-COVID-19 outlook for SMEs

The COVID-19 pandemic has had a significant impact on economies around the world, causing financial ...
More

Most small businesses have been experiencing major downtime as customers have been asked to stay ...
More

Google, Salesforce and PwC have launched a free online platform to help Aussie businesses network and share resources through the coronavirus recovery

There’s a new resource helping Aussie businesses recover from the impact of the coronavirus pandemic ...
More