Manager ex machina: a look at the possibility of a robot boss

Why workers might welcome the prospect of a robot takeover – at least in some ways.

The word “robot” was coined by the Czech writer Karel Čapek for his 1921 play R.U.R., drawing inspiration from the Czech words robota, meaning forced labour, and robotnik, or serf. As soon as we named them, humanity conceived of mechanical men as supplicant – machines who could do the work while people pursued loftier, more philosophical, and more pleasurable goals.

But we all have dreams — those of androids, I’m told, revolve around electric sheep — and as autonomous gadgetry and artificial intelligence (AI) have crawled out of fiction and into real workplaces, we should not be surprised that some enterprising device has developed ambitions of its own.

And good news for these aspirational androids: a number of workers say they would welcome a robot boss.

The positronic man-ager
As autonomous technology grows in sophistication, more and more workplaces are embracing AI. A recent study produced by tech firm Oracle and HR research company Future Workplace surveyed more than 8,000 HR leaders, managers, and other employees from 10 countries, and found that 50 per cent reported that they already used some form of AI at work.

OK, these aren’t clanking contraptions sitting at the desk next to you and sipping a mug of warm engine oil – workplace AI is more likely to look like a chatbot, a training provider, or a data collector – but autonomous technology is nonetheless changing how we work and the places in which we do it.

According to the Oracle report, people are growing more comfortable with the idea of robot co-workers: 53 per cent of respondents said they were “optimistic and excited” about the idea, with HR leaders more optimistic than most.

The next time you’re racing to meet a deadline while your boss is taking a long lunch, know you’re not alone in thinking that life would be a lot easier if a bundle of bleeping circuits and glowing vacuum tubes occupied that corner office instead.

And the enmity is mutual. A Skye Learning survey of US managers found that 58 per cent thought robots would do higher quality work than their human employees.

Really though, the kinds of managerial tasks we expect robots could perform better than humans are the ones you might expect: maintain schedules, for instance, or manage a budget, or provide unbiased information. Respondents to the Oracle survey still thought that human managers would be better at understanding feelings, coaching, or creating a positive workplace culture.

And managers have a similar understanding of their strengths vis a vis AI. A 2016 survey of 1770 managers by Harvard Business Review (HBR) found, for instance, that 86 per cent said they would like AI help with monitoring and reporting and 78 per cent expected that, in the future, they would be able to trust intelligent systems’ advice for making business decisions. Meanwhile, 84 per cent of managers expected intelligent systems to make their work “more effective and interesting”.

Technological advances are an important part of HR’s future. Find out what you need to know with Ignition Training’s one day course Digital Driven HRM.

“The robot did it!”
Another thing we like about robots: we can blame them when things go wrong. A North Carolina State University study asked people to look at workplace accidents involving robots and asked them who was at fault. Study participants usually blamed the robot, unless they were told that a human was actually in charge of controlling the technology — as opposed to merely supervising it.

“The finding is somewhat intuitive, but it addresses a fundamental issue, when do we transfer responsibility for an error from a human to a robot?” asks NC State Professor Doug Gillen.

But science fiction is strewn with robots who seemed like a good idea until they decided their most logical function would be to k i l l a l l h u m a n s. Having an electric someone to open the pod bay doors is all well and good until it starts telling you, “I’m sorry, Dave; I’m afraid I can’t do that.”

Or, more realistically, what if they decided to fire you? This happened to one US-based software developer who found himself at the mercy of an overzealous automated HR process, and escorted out by security at its direction.

And even if robots aren’t actually giving us the sack, a lot of us are worried they might take our jobs anyway. The HBR report did find that 36 per cent of managers it spoke to expressed fear that intelligent systems would threaten their jobs. The only upside for these folks is research suggesting they would be even more unhappy if they were replaced by a human than a robot — if we have to be made obsolete, we would definitely prefer a machine to do the work we can’t than see some human worker in our old job.

Calm down, take a blue pill
The Oracle report mentions that among the concerns people have when it comes to working with AI, the biggest barriers are security and privacy concerns, as well as some human workers simply preferring the company of other humans. (Sorry robots. It’s not you; it’s us.)

Although we dread being replaced by robots, it’s not clear they actually are taking our jobs. The economist Paul Krugman, for instance, has argued that data about productivity doesn’t support the idea that robots are putting people out of work, saying, “If robots really were replacing workers en masse, we’d expect to see the amount of stuff produced by each remaining worker — labor productivity — soaring. In fact, productivity grew a lot faster from the mid-1990s to the mid-2000s than it has since”.

Since robots are coming to work, whether we like it or not, the best approach might be to fit them into our workplaces in a way that takes advantage of their strengths.

“Many decisions require insight beyond what artificial intelligence can squeeze from data alone,” HBR points out. “Managers use their knowledge of organizational history and culture, as well as empathy and ethical reflection.”

Nancy Cooke, a Professor of Human Systems Engineering at Arizona State University, lists five ways to make improve the way robots and humans work together: giving each different jobs, having them back one another up, creating common understanding, fostering effective interaction and communication, and establishing mutual trust.

A final piece of advice? As much as you might learn to like your robot co-workers (11 per cent of the Oracle survey respondents said they had a “loving” relationship with their office AI), don’t get too attached.

One study found that humans worked better with robots if they bonded with them and saw them as teammates. To study this, researchers dressed robots in a university’s basketball jerseys, and observed how students interacted with them. The student-robot teams worked together better, it seems, when the robots wore school colours.

“Managers should ensure, however, that the bond is not too strong when organisations match robots to a particular team for a short-term objective,” writes Assistant Professor Sangseok You, who conducted the research.

“Teams could feel a sense of loss afterwards.”

Coronavirus cyberattacks: Beware of the phish

Criminals will try to trick users into giving up sensitive info by taking advantage of ...
More

‘The new normal’: How these four Australian businesses pivoted in the face of the coronavirus

As the coronavirus forced people into self-isolation and businesses into shutdown, Australians have had to ...
More 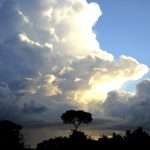 Managing your business in times of uncertainty

The global outbreak of COVID-19 has created uncertainty for business owners. While you can’t control ...
More 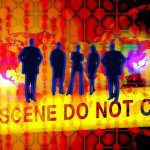 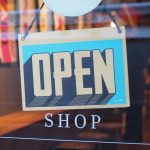 With the Government's announcement regarding the easing of restrictions during the Covid-19 pandemic, businesses are ...
More 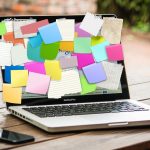 Working from home? Need some focus?

How to know what to prioritize at work If I could boil down everything I ...
More 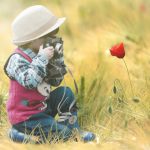 We remember – the past, today and the future 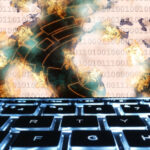 C-suite executives will increasingly be targeted as cyber criminals look for ways to extort money ...
More 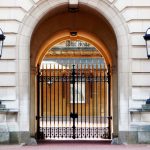 With many office-based companies required to work from home, it can be stressful trying to ...
More 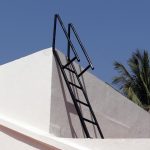 The Insurance Council of Australia (ICA) has urged building owners and managers to continue fire ...
More