THE MOST DANGEROUS OCCUPATIONS IN AUSTRALIA 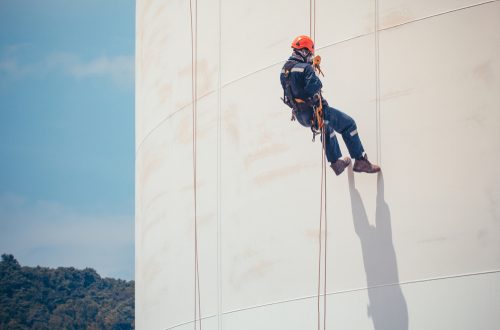 How dangerous do you think your job is? Maybe you work in construction, or maybe your office building has a less-than-stellar maintenance record. No matter where you spend your nine to five, or even five to nine, every occupation comes with inherent risks, and it’s important to safeguard yourself against them.

Still, not all jobs are created equal. Whether you’re working at a construction site or in the office there is still some level of risk. A close look at Australian occupations against Australian Bureau of Statistics data and worker’s compensation claim statistics from Safe Work Australia sheds some light on where employees have the most risk.

Of the top 10 most dangerous jobs, commercial fishing is 17 times riskier than mining, and recognised globally as one of the world’s most dangerous jobs. As for the others that made the list, some are not surprising, like miners and construction workers, while others, such as garbage collectors and farmers, were surprising.

The level of risk you come up against in your occupation is important for many reasons, but it also matters for your life insurance or income protection policy. Insurance underwriters will consider all possible health and safety risks associated with your job as well as other lifestyle factors when they determine what policy you can get and also the cost of your premiums.

While you’re not necessarily going to get injured at work, no matter how dangerous your job is, some jobs do have a lot more risk and not having any kind of financial cover may be riskier than the job itself.

Whether you’re a commercial fisherman or you spend your days in an office, there’s an element of risk in everything you do. We all do what we can to protect ourselves physically but often forget to think about protecting ourselves financially. We’ve put together some information on life insurance and income protection, which are just two ways you can protect yourself and your family should something happen to you on the job.