What Is An Underwriting Agency? 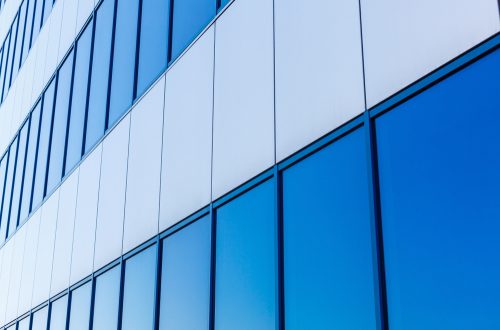 How underwriting agencies fit into the distribution channel
Wholesale brokers act as an intermediary between a retail broker and an insurer, and work with insurers to attain specialised coverage for clients while having no contact with the insured. An underwriting agency is one type of wholesale broker, and operates on the insurer’s behalf while also working closely with clients to attend to their needs. The other type of wholesaler is a surplus lines broker who works with a retail agent and an insurer to obtain coverage for the insured. What makes underwriting agencies unique is their binding authority from the insurer.

An underwriting agency will deliver and service a insurer’s product to both insurance agencies and clients. They can work with several insurers to formulate a specific mix of products to deliver to agents/brokers or directly to insureds.

Underwriting agencies tend to deal in lines of coverage such as professional liability, employee benefits or surplus lines where specialised expertise is needed to underwrite policies, though they can be active in any line of insurance, and work with all types of insurers. If an insurer wants to explore a specialty line of business, but does not want to take on the risks or uncertainty of doing so, they can turn to an underwriting agency to offer up that expertise, and give the underwriting agency the authority to underwrite and issue specialty policies because they are already familiar with the risks.

Underwriting agencies can also write business in geographically isolated areas where insurers do not want to open an office. A small town or rural region might not warrant the opening of a branch for an insurer, but working with an underwriting agency in that area provides the company with access to new customers without spending money on staff or rent.

Similar to insurers, agents can get expertise about a particular product or more competitive pricing by working with an underwriting agency. They can likewise gain entry to markets and insurers that could be difficult to access on their own, and because of the often-smaller size of the underwriting agency business, there are fewer barriers to communication for a broker. Underwriting agencies also bring technology to the table, such as online platforms that integrate with wholesale channels or products that speed up the quoting process, that help independent agents provide better services to their clients. Agents can realise higher commissions by working with an underwriting agency that has a diverse network of insurers, allowing agents to review the commission structure and have the option to sell insurers’ products that offer the best rates.

In Australia, EY revealed that underwriting agencies made up 13% of the broker market in 2016.

In the UK, the term ‘MGA’ has been adopted by the market to refer to what was once known as a ‘coverholder.’ Today, more than 300 MGAs underwrite over 10% of the UK’s £47 billion general insurance market premiums, according to the MGAA.

Worldwide, MGAs fall into one of the fastest-growing segments of the insurance industry. Global investment firm Conning reported that MGA and program market growth continues to outpace the growth of the property and casualty market, with direct premium growth of 7% higher than the previous year compared to the 5% seen in P/C market growth. The analysis also showed that 21 of the top 25 P/C insurers have relationships with MGAs.

The role of the underwriting agency today
With technology bridging the gap between insurers and clients today, some insurers are moving away from relying on MGAs or underwriting agencies, which has thrown the identity and future of these organisations into question.

“By virtue, MGUs and MGAs, program administrators, are the middlemen,” said Rekha Schipper, president of Tangram Insurance Services. “How can we make sure we stay ahead, make sure that we take advantage, and make sure that we continue to be relevant and meaningful to a broker, to a insurer, to a tech investor, to say, this entity still belongs in the middle of all of this?”

However, an underwriting agency is a natural outlet for technology solutions to plug into because of its established distribution channels. These agencies can also react to market changes quicker than typical insurance companies because they are smaller businesses that are acting on behalf of larger insurers.

“We can bring programs to the market faster. We can get out to more brokers because they can get on our platform. We can reduce our expenses as an MGU because now we’re automating a lot of things,” explained Schipper, adding that there’s “an unprecedented opportunity” for partnerships between technology vendors and MGUs.

During hard market periods, underwriting agencies can be used by insurers to decrease costs and increase profitability. The underwriting agency model is also flexible. Following the 2008 financial crisis, Ironshore, a Liberty Mutual company, established its managing general underwriting agency as its commercial clients were facing heightened risk since the viability of some insurance insurers that offered high coverage limits across many lines of business for major companies was uncertain. Brokers were meanwhile also under pressure to find alternative coverage solutions. The Ironshore model involved underwriting as well as claims management, the latter of which made it unique from a traditional agency, which can have limited authority on claims management and payments.