Spring and summer can often be unstable seasons in Australia, but as many parts of the country emerge from yet another wild weekend of weather it seems like we’re getting more than our fair share at the moment.

And it’s not just a hunch – insurers’ figures back it up. As reported by insuranceNEWS.com.au, personal lines giants IAG and Suncorp have raised their outlooks for financial-year natural peril costs after a succession of storms.

Hailstorms and strong winds that swept across SA, Victoria and Tasmania late last month have resulted in almost 60,000 claims so far, and been declared an insurance catastrophe by the Insurance Council of Australia.

But there have also been a significant number of smaller, more localised events, including hailstorms and floods, which have conspired to send claims spiralling.

So what’s driving our climate at the moment? Experts point to a number of factors, and an increasing array of abbreviations.

One of our strongest climate drivers, the El Nino Southern Oscillation (ENSO) is a natural cycle of Pacific Ocean temperature, wind and cloud.

ENSO is often behind Australia’s climate extremes, from floods to droughts, and it swings between El Nino, neutral and La Nina, usually over a period of several years.

In a La Nina, east to west trade winds blow harder, expanding the area of warm water on the Australian side of the tropical Pacific. This increases the east to west temperature difference.

Currently the Bureau of Meteorology says there is a 70% chance of La Nina developing – but even if it doesn’t, La Nina-like conditions could still contribute to increased rainfall.

The IOD can be positive, negative or neutral. During a negative phase, west to east winds intensify, enabling warmer waters to concentrate near Australia. As warmer water moves east, the clouds follow, bringing rain to southern Australia. A positive phase has the reverse effect.

A current negative IOD has weakened, however cloud patterns in the eastern Indian Ocean suggest the atmosphere is still responding to warmer than average ocean temperatures in the region.

A negative IOD increases the chances of above-average spring rainfall for much of southern and eastern Australia.

While ENSO and IOD are the primary climate drivers for Australia, there are other secondary and shorter term influences.

One of these is the Southern Annular Mode (SAM). SAM refers to an unusual south or north shift of the strong westerly winds that blow underneath the subtropical ridge to the south of Australia.

The shift in the winds can disrupt weather systems, and SAM varies between positive negative and neutral.

SAM has been positive for the past three weeks, and is forecast to remain at positive levels to the end of the year. A positive SAM during summer typically brings wetter weather to eastern parts of Australia.

The Madden–Julian Oscillation (MJO) is an important climate driver of tropical weather.

It is an eastward moving zone of wind and cloud that circles the tropical areas of the globe. When that extra cloud arrives it can increase the chances of above average rainfall, and cyclones are move likely to develop when the MJO is nearby.

The MJO is forecast by some climate models to strengthen and move eastwards across the Maritime Continent and into the western Pacific in the next few weeks. If the MJO strengthens this would increase chances of above average rainfall across north-east Australia.

And of course… climate change

The Bureau says on top of these traditional drivers, climate change continues to have a major influence.

Australia’s climate has warmed by around 1.44 °C for the 1910–2019 period, and rainfall across northern Australia during its wet season has increased since the late 1990s.

In recent decades there has been a trend towards a greater proportion of rainfall from high intensity short duration rainfall events, especially across northern Australia.

It’s far from over

While there has been a proliferation of smaller events we’ve yet to experience a major catastrophe this disaster season.

And warming ocean and air temperatures as a result of climate change could also play their part.

“These kinds of conditions are conducive to more cyclones,” he said. “Climate change is going to make the extremes much more extreme.”

Austbrokers Terrace have specialists who can help with insurance for you and your business. 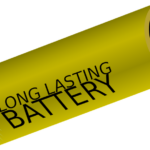 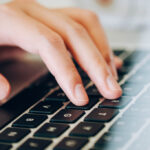 Four steps to protect your data from disaster

Businesses are at greater risk than ever from data loss, from human errors to cyberattacks ...
More 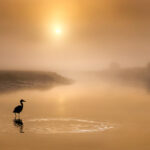 Spring and summer can often be unstable seasons in Australia, but as many parts of ...
More 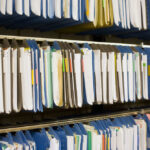 It's easy to overlook the privacy implications While businesses in Victoria are familiarising themselves with ...
More 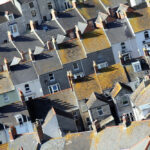 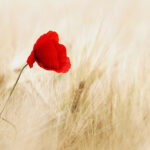 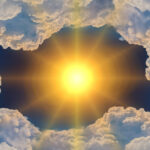 IDF joins up with Start Network to forecast climate risks

The Insurance Development Forum (IDF) has partnered up with Start Network – a coalition of ...
More 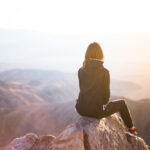 The Insurance Council of Australia (ICA) has reminded Australians that travel insurance is as essential ...
More 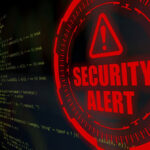 With an increasingly interconnected and technology-dependent society, awareness of cyber risks has grown, and these ...
More 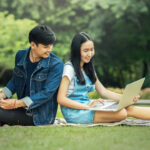 How COVID has changed the way consumers choose businesses online

Choosing a business online was once a relatively straightforward process. Customers would perform a search ...
More