Professional Advice And/Or Service – Which Is Which? 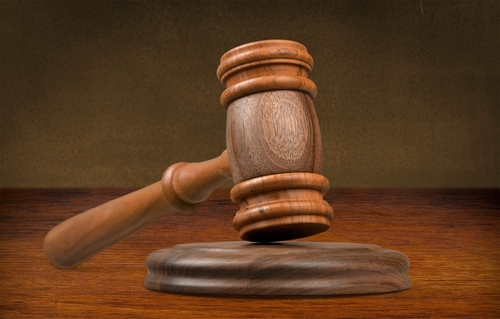 A Legal Discussion That Is Worth Reading

Lior Maiser of LMI Legal kindly provided me with this synopsis of a recent court case addressing this topic. Lior writes:
Liability policies, other than professional indemnity policies, frequently contain exclusions for liability arising from “professional advice or service”. The reasoning is that liability for professional services is, more usually, expressly insured under a professional indemnity policy.
Over the years, conflicting decisions have been handed down by the courts as to what is meant by a “professional service”.
In the recent decision of Chubb Insurance Company of Australia Limited v Robinson [2016] FCAFC 17 the Federal Court of Appeal revisited the issue.

When is a service “professional” in nature?
Mr Robinson signed a statutory declaration supporting a progress payment to a contractor for an amount of $1,426,641.70 pursuant to a building and design contract. The developer refused to pay, alleging that certain subcontractors and materials suppliers had not been paid in full as at the date when the statutory declaration was made and, accordingly, the contractor had been overpaid. The developer argued that the statutory declaration recommending a progress payment had been made negligently and in misleading and deceptive circumstances. The contractor went into liquidation and the developer instituted proceedings against Robinson as the Chief Operating Officer of a building company that was a wholly owned subsidiary of the contractor. Robinson sought indemnity under their Director’s and Officer’s liability policy.
Chubb denied liability and argued that the rendering of the statutory declaration constituted ‘professional services’ which fell within the terms of their professional services exclusion. The policy provides the following clause:
“The company shall not be liable for loss in respect of any claim…
Professional Services (V)
Any actual or alleged act or omission, including but not limited to any error, misstatement, misleading statement, neglect or breach of duty committed, attempted or allegedly committed or attempted in the rendering of, or actual or alleged failure to render any professional services to a third party.”

In the court of first instance, it was held that the conduct of making a statutory declaration by a construction project manager was not a ‘professional service’ in itself and such an act was not excluded from Chubb’s D&O policy. The court drew a distinction between the professional preparation of building plans and the routine administrative task of providing information in relation to a progress payment that did not require any professional assessment.

Court Ruling on Appeal
On appeal, Chubb argued that the primary judge took an “unduly narrow view of the meaning of the professional services exclusion clause”, citing the need to characterise the overall activity in the context of which the breach occurs, rather than concentrating on the specific task giving rise to the liability.
The full Federal Court disagreed with Chubb, stating that “we do not consider that the making of the Statutory Declaration [request for payment] by Mr Robinson and him authorising it to be submitted to St Kilda constituted the rendering of any services to St Kilda either by Reid or by Mr Robinson…those acts amounted to nothing more than the routine compilation of factual material in order to secure a contractual payment”.
The full court also accorded with the view of the primary judge, who ruled that:
“When the policy was issued, Reed [the company that employed Robinson] was, to the knowledge of Chubb, engaged in the business of building and construction. This business was carried on by the Directors, Offices and Employees of Reed. When the insuring clause of the D & O Policy insured “persons acting in their capacity as directors, officers or employees of Reed, the D & O policy was necessarily referring to Directors, Officers or Employees engaged in activities comprising or supporting the delivery of building and construction services by Reid. The D & O Policy was therefore intended to insure against the risks associated with the performance of those activities”

Conclusion
The full Federal Court observed that the obvious purpose of the professional services exclusion is to exclude activities that are truly professional in nature, such as architectural design, engineering, surveying and quantity surveying. The clause was not intended to apply to the routine activities of a company or its officers or employees, such as the provision of information in support of its payment claims under a design and construct contract.
Of course, as the court remarked, each policy and set of circumstances may give rise to differing opinions, principles of construction and ultimately, conclusions.