Would a Jurassic World be insurable? 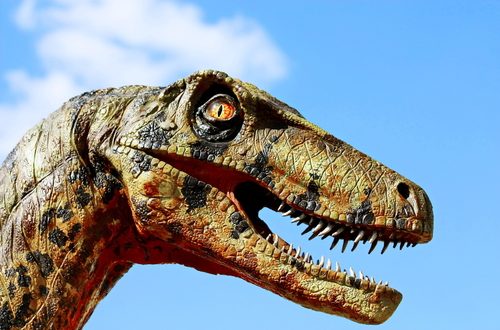 On a recent episode of the UK program Mock the Week, a British-Canadian comedian responded to the prompt “Lines You Wouldn’t Hear in a Sci-Fi Movie” with: “The dinosaurs are killing everyone. Why do we keep reopening this park? Who keeps giving us public liability insurance?”

As it turns out, however, coverage for a “real life” Jurassic World may not be so far-fetched.

In fact, Mitchel Kalmanson, president of the Lester Kalmanson Insurance Agency, Inc., recently told Vulture.com that he believes Jurassic World would be able to obtain an expensive package similar to those written for large zoos and other animal-themed entertainment parks.

First, however, it would need to address certain liabilities and establish precautionary safety measures, such as ensuring proper barriers between dinosaurs and humans.

“We’re going to make sure we have a lot of electric fencing, a lot of voltage to keep from climbing or scaling over the enclosure. We’ll put some netting over it, so nobody can get in like that guy at the Bronx Zoo who jumped from the monorail into the tiger pit. Then maybe we’ll put up some Lexan, a bulletproof glass that doesn’t obstruct views, and people can’t get over it.”

Kalmanson would then determine the park’s composite rate, which is typically based on a three-tiered system.

“Class 1 is your elephants, lions, tigers, bears, big primates. Class 2 would be the smaller cats, desert cats, margays, servals, maybe cheetahs. Class 3 are all others,” he said.

He would also inquire whether the dinosaur wranglers were properly trained to handle an escape, and could administer sedation, euthanasia, chemical immobilisation or a tranquilizer dart gun if required.

Kalmanson then notes that if the dinosaurs still managed to escape and cause a major outbreak or stampede, the ensuing payouts would be substantial.

“We had a monkey get hold of a kid once. There was a barrier fence but the mother decided to put the kid over the fence, so what’s the kid going to do? Walk up to the monkey. What’s the monkey going to do? Bite the sh*t out of the kid. Now the kid’s scarred for life. That could be a $300-500,000 claim,” Kalmanson said.

Any fatalities would automatically trigger the full policy limit.

Finally, after assessing all the risks, Kalmanson would recommend excess liability insurance for Jurassic World to safeguard it against any “extreme situations” that may arise.

“If you’re building a park where lots of animals escaped in the past and killed people, they’re paying a hell of a lot of premium with a huge deductible. It depends on the mitigating factors – could it have been prevented, was it a human failure, was the fence not big enough?

“Historically, we would add on 25 to 75% surcharge to the premium. Or we might say, ‘You take the first $5 million claim, and then we’ll pick up anything over.”